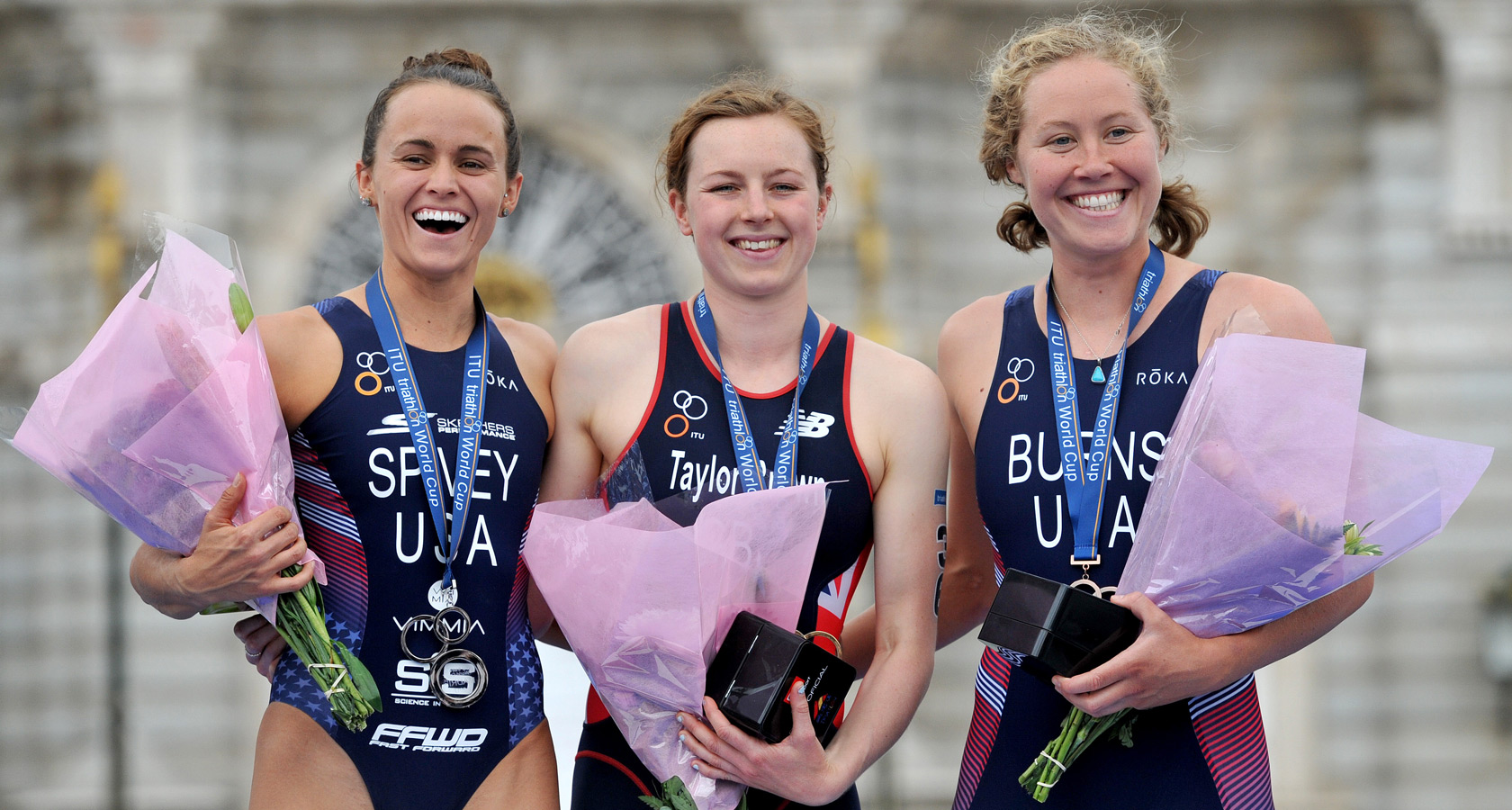 Swim Tips from the Top

Swim Tips from the Top

Plenty of professional triathletes can trace their strong showings today to early entries into the water on youth swim teams. But that foundation shouldn’t deter any new triathletes who didn’t grow up in a pool — even the pros admit to some anxiety when they’re standing at the start line.

Kelsey Withrow exited the water in second en route to a third-place finish at IRONMAN 70.3 Cartagena in 2016, and she won the 2017 IRONMAN 70.3 Victoria after hitting dry land a step behind the leader.

But Withrow says she’s worked to improve her approach on race day.

“I really feared the start of the swim,” she says. “You’re surrounded by arms and elbows and people kicking. Your body does weird things when you’re nervous. It’s not good when your heart rate is already 140 before you start.”

Withrow now focuses on taking a few deep breaths, an easy tip for competitive swimmers looking to make the switch to triathlon and the open-water component of the sport.

Swimming in a body of water with no wall and no underwater vision creates the largest gap between a strong pool swimmer and a successful triathlete.

“One of my training partners and I will swim sides to mimic open water swimming to get comfortable having someone on your hip or at your feet,” Withrow says.

But the most important practice for open water happens in open water.

“I’m a better open water swimmer than a pool swimmer,” Andrew Yoder says. He yanked his googles and cap off in fifth place during his win at IRONMAN 70.3 Syracuse in 2014, and he ran into T1 in second during his silver-medal performance at IRONMAN 70.3 Raleigh in 2017.

“I have a higher turnover, not as much distance per stroke but a quicker stroke rate,” he says. “I work on that. When you swim in open water, it's important to have the ability to go back into your tempo, your rhythm. If there’s physical contact, if the water is rough, you can always fall into that high-tempo ability.”

“I had a coach who said if you can't remember the set, it's too complicated. I never have a set written. It's three to four parts, but it's doing it day in and day out. Do the basics right and build that fitness.”

The adage “practice how you play” comes into service when triathletes train for the swim portion of the sport. Any pro will recommend time in a lake or river, but they also acknowledge the reality of finding a safe, local spot to splash around.

“We make a point to get in open water at least once a week,” says Chelsea Burns, “but it's not always practical and accessible.”

Burns swam in high school before becoming a school record holder for the track team at Colgate University. She earned the bronze medal at the 2017 Madrid ITU Triathlon World Cup.

“For swimmers who've spent their whole life going up and down a black line, it can definitely be challenging,” she says of the first triathlon discipline.

“It's a much more engaged and active swim. A short and choppy stroke can be an advantage in open water where it might not be in the pool. Having a higher turnover means you're not as susceptible to waves and people hitting you.”

Burns says swimmers-turned-triathletes can tinker with their stroke counts and also focus on the long gliding strokes needed to hold the water.

“Don’t be complacent with your swim ability,” he says. “I know a lot of people who come from a swim background, and they don't train it because they think they have it. They do. But not maintaining it can make the bike and run suffer. Continue to swim a lot, and use that to set up your race.”

Pro Workout: Get Out/Settle In

This practice simulates a race start plus the tempo that follows. Add your warm-up and cooldown to this main set. Swim it five times: 100 fast max, rest 5 seconds, 300 threshold.

Dustin Renwick competed as a hurdler and decathlete for St. Ambrose University before joining the club triathlon team at the University of Missouri, where he earned his master's degree from the School of Journalism. His latest book, "Beyond the Gray Leaf," is the biography of a forgotten Civil War poet.

How to Make Sense of Your Training Data

Is Developing a Freestyle Kick Worth the Effort?